(en) The ears of Pedrotta : microphones found in Turin (Italy)

(translated from the french translation at https://attaque.noblogs.org/post/2019/03/14/turin-italie-les-oreilles-de-m-me-pedrotta/)

(original article in italian at https://www.autistici.org/macerie/?p=33477)

After having our ears burning for long, we found and fixed the problem. The big ears of the police and the prosecutor Pedrotta [who investigates comrades in Turin, with the operation « Scintilla »; NdAtt.] are those which, during two years and a half, secretely listened the voices of the everyday life and words exchanged in the kitchen of the flat on the fifth floor of the squatted house on 45, Corso Giulio Cesare. Here are the microphones that captured discussions that were then reproduced in the file of the latest investigation, to prove that the defendants knew each other, often talked together, were preoccupied by the creation by the italian State of a DNA database and the impossibility to refuse giving a DNA sample, that they discussed a text to publish or chatted about stuff.

We hope that after listening and sticking their nose into the lives of others for so long, Pedrotta had something caught in their throat or tripped over a step. 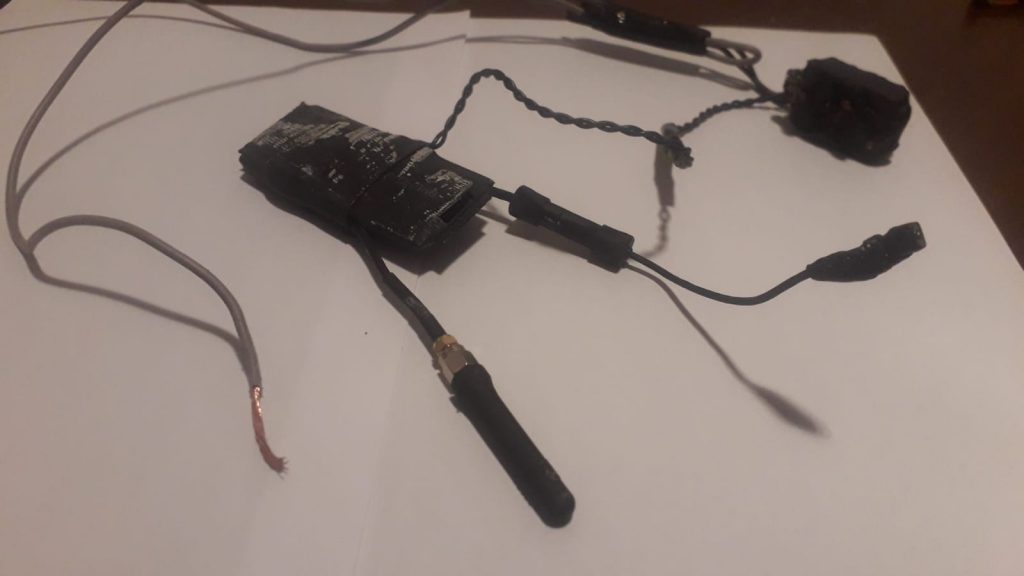